Where I am now 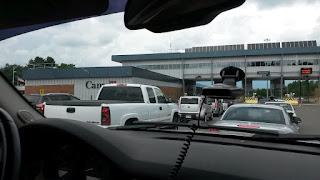 First, the physical. As in where I am literally. That would be in Canada. In Mt. Tremblant to be precise. We've traveled up here for a few days so my husband can drive like a maniac on the racetrack while I enjoy the solitude and a rented house with wifi. And, of course, the croissants.


Next, an update as to the state of my publishing life. 3 years ago, I co-edited a passion project - an anthology of SF&F stories written by fellow graduates of Jeff Carver and Craig Shaw Gardner's Ultimate Science Fiction Writing Workshop. Pen-Ultimate was a wonderful collection to work on and we chose a workshop model to produce it and decided to donate the proceeds to the SFWA emergency medical fund.

About a year after it was published, we decided to produce a follow up. Pen-Ultimate II took longer than I had anticipated, partly because of some chaotic and stressful personal life events during its development, partly because I was so busy with my personal writing. But, at long last, my co-editor (Talib S. Hussain) was able to keep me on track and we completed the manuscript.

Pen-Ultimate II contains stories by 12 authors, spanning the gamut from fantasy to science fiction to the just plain weird and as with the prior volume, all proceeds will be donated to the SFWA emergency medical fund.

You can purchase it in any of these venues (BN, iBooks, and print forthcoming):
Amazon
Kobo
Google Play


And finally, an update on my own writing. Just about 2 months ago, DREADNOUGHT AND SHUTTLE was released. Not only has it been selling well, sales of all three books in the series have been selling consistently as well - enough so that this latest book has earned back its production expenses in about 6 weeks and enough so that all three books have remained on the top 10 best sellers on one of Amazon's sub-categories of SF books. 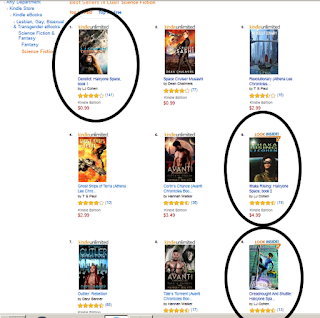 As of this week, it's time to get some serious writing done on the as yet unnamed book 4 in the Halcyone Space series.

It is actually fitting that I am here in Mt. Tremblant, starting a new project. It was here, in 2004, where I started my first novel - also while on family holiday. While that one is (and will remain!) safely 'trunked', there is something comforting about the cycle of my writing life. Nearly all my novels have started in the summer. Last year, DREADNOUGHT AND SHUTTLE came into being on the shores of Lake Champlain in Vermont at a dear friend's summer home.

As I type this, a cup of coffee is cooling next to my laptop. The house is silent. I have nothing to distract me. The last time I sat down to draft words on a shiny, new project was quite some months ago. I have been in editing and production mode for what feels like a long while. I feel 'out of writing shape.' My mind is far too cluttered.

Even as I crave the focus of new words and new story, I fear I have forgotten how to begin. I have to remind myself that this, too, is familiar. And I am not starting with nothing. The characters of Halcyone Space are old friends. Old friends who have been patiently (and not so patiently) waiting for me to return.