The Power of Place, redux: Iceland 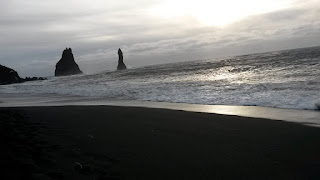 Last week, my husband and I had the chance to explore the southeast coast of Iceland. This was our second visit - we had been there last January and so fell in love with the country and its people, that we had to return.

I'm the kind of person that falls in love with places easily. I typically spend part of my holiday time imagining and envisioning what it would be like to live there. And there have been many places I have fallen for: Scotland, the BVI's, Bozeman, Montana, Portland, Oregon, Vermont, Coastal Maine. . . I think you get the picture.

My husband is more reserved. He enjoys traveling, but doesn't get seduced by the landscape he is visiting. Except for Iceland. 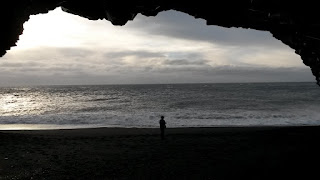 Iceland has won him over in a big way. And I understand why. It is a bit of a magical place. Given how inhospitable it can be - volcanoes, glaciers, parts of the year in near total darkness; other parts in persistent daylight, the need to import most fresh food, the almost total lack of trees - it's a wonder that people have thrived there since before the year 1000. And yet, despite a landscape this is almost always attempting to actively kill you (I jest, but the Katla volcano is well overdue for a major eruption), the people of Iceland are relaxed and pragmatic and thoroughly rooted to their country and culture. 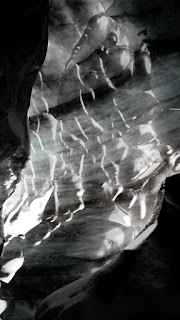 While we have only been in winter, it is not hard to imagine what summer brings to the land. It is still a place of contrast. In the cold months, the landscape is white and black; snow on volcanic rock. In the warm months, the contrast shifts to black and green - the moss that grows everywhere. And since there are practically no trees (certainly not ones taller than a few feet), there's little to impede the sense of vastness.

As much as I consider myself a 'city mouse', I have been drawn to Iceland and its beautiful isolation. The entire country has a population of under 350,000 people. 2/3 of whom live in and around Reykjavik. Which means there are far more sheep and horses in the country than people. 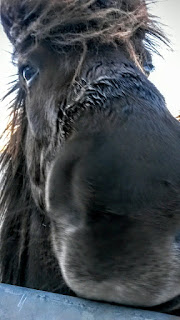 Even the horses are singular. Their fore-bearers came over with the Vikings during settlement and since there are no native horses in Iceland, have had not interference in their bloodlines. Nor are there apex predators for them to fear, so they are more like big dogs than horses; friendly and curious. 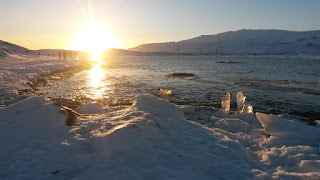 On our first visit, by the third day or so, my husband was researching to see if his medical license might transfer. On this visit, he brainstormed several businesses that he thought might be a good fit. It was fascinating to watch his attachment to the place strengthen. Certainly, mine is already there. And I can't help but wonder how being in Iceland would change my writing. Would the me that lives in suburban Boston create the same kinds of worlds as the me living in a place like Iceland? How would I manage in the dark months? How would I cope with the essential isolation of the place? Could I learn the language and truly be part of the culture? Honestly, while I've lived in the Boston area longer than I've lived anywhere in my life, this city has an insularity that I could never crack. I would never be considered a native here. How much more intense the distance between me and a place where the majority of inhabitants can trace their ancestry back to the year 800? 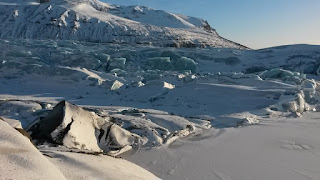 I don't know the answers to those questions. I do know that the place sings to me and I'd like the chance to add my voice to the song someday.