Today I am delighted to host fellow writer and 'woman of a certain age' Samantha Bryant, author of Going Through The Change: A Menopausal Superhero Novel. I read this darkly comic novel a few months ago when I was dealing with a family medical crisis and really appreciated both the wry humor as well as the originality of the story. Please welcome Samantha to Once in a Blue Muse! 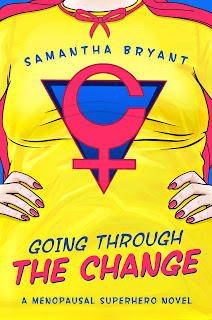 Getting Older and Bolder

Last year we had a lot of staff turnover at my school, and I realized I was officially “getting old.” I could tell because all the new teachers (mostly fresh out of college) looked like children to me. There was one that I honestly thought might be one of our eighth graders.

Was it really so long ago that I was that fresh-face young woman? Apparently, yes. I’m not very gray yet, but the students are much more likely to slip and call me Mom than they used to be.


I’m getting curmudgeonly, too. It shows in an impatience with over-dramatic situations and narcissism. I get impatient, too, with how all the female heroes in my books, comics, television shows, and movies are somewhere between thirteen and thirty.

When I’m feeling very cynical, I see it as a reflection of our society’s obsession with youth, especially when it comes to women. By the time you gain enough experience to know what you’re doing, large segments of the population are ready to write you off as over the hill.

When I’m feeling more sanguine, I can see it as wish-fulfillment. We glorify youth in our fiction because we miss it and know that we could do it so much better now than we did when we had it. Youth is wasted on the young, as they say.

Still, as I approach being described as a “woman of a certain age,” I long to see more heroes that I can empathize with: grown women with families, careers, experience, and history. Not finding many, I wrote my own. Like Toni Morrison said, “If there’s a book that you want to read, but it hasn’t been written yet, then you must write it.” 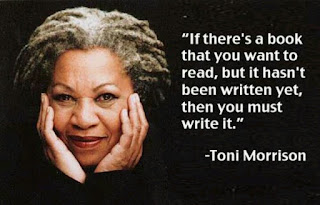 So, I wrote Going Through the Change: A Menopausal Superhero Novel. The main characters are all women, ranging in age from thirty-two to sixty-seven, all living fully independent, adult lives. Three are mothers. One is also a grandmother. Two are married. One used to be. Two are serious career women. One has never worked outside the home. They’ve all got history, experience, and problems of their own. I love these women. They were a delight to write, so much so that I’ve already written them two additional short stories, a novella and a sequel (all upcoming releases).

More about Linda? She was my favorite of your characters. Can I persuade you to write a whole story about her?? Pretty please?? - ljc

So whether you’re going through the change yourself, you’ve been there and done that, or that’s still on the horizon for you, I hope you can find a woman hero you can believe in in my book. These aren’t your father’s superheroes. I wrote them for us.


Going Through the Change is going through a change in price for a couple of days in early August. On August 5th and 6th you can get the Kindle edition for free on Amazon. Check it out at: http://bitly.com/face-the-change


Samantha Bryant is a middle school Spanish teacher by day and a mom and novelist by night. That makes her a superhero all the time. Her debut novel, Going Through the Change: A Menopausal Superhero Novel is now for sale by Curiosity Quills. You can find her online on her blog,  Twitter, on Facebook, on Amazon, on Goodreads, on the Curiosity Quills page, or on Google+.

Thank you so much for coming by the blog for today's post, Samantha! And I agree - it's refreshing and important for women in middle age and beyond to see themselves represented in fiction and as the heroes.