For several years now, I've participated in a lovely end-of-summer ritual in which each day participants write small (first draft) poems on postcards and send them to 31other poets.

While I am a few days behind, I will get all 31 (+ some extras I promised!) out to all their destinations. The organizer, Paul Nelson, asks that we don't post our poems until a month after sending them. Since I sent my first batch a bit early, I feel justified in posting the first 4 now. :)

I love the discipline of this kind of meditative writing. If I get to it first thing in the morning, it feels like I am still in a kind of dream state, where the poems emerge from that strange place when the mind is neither awake nor still asleep. 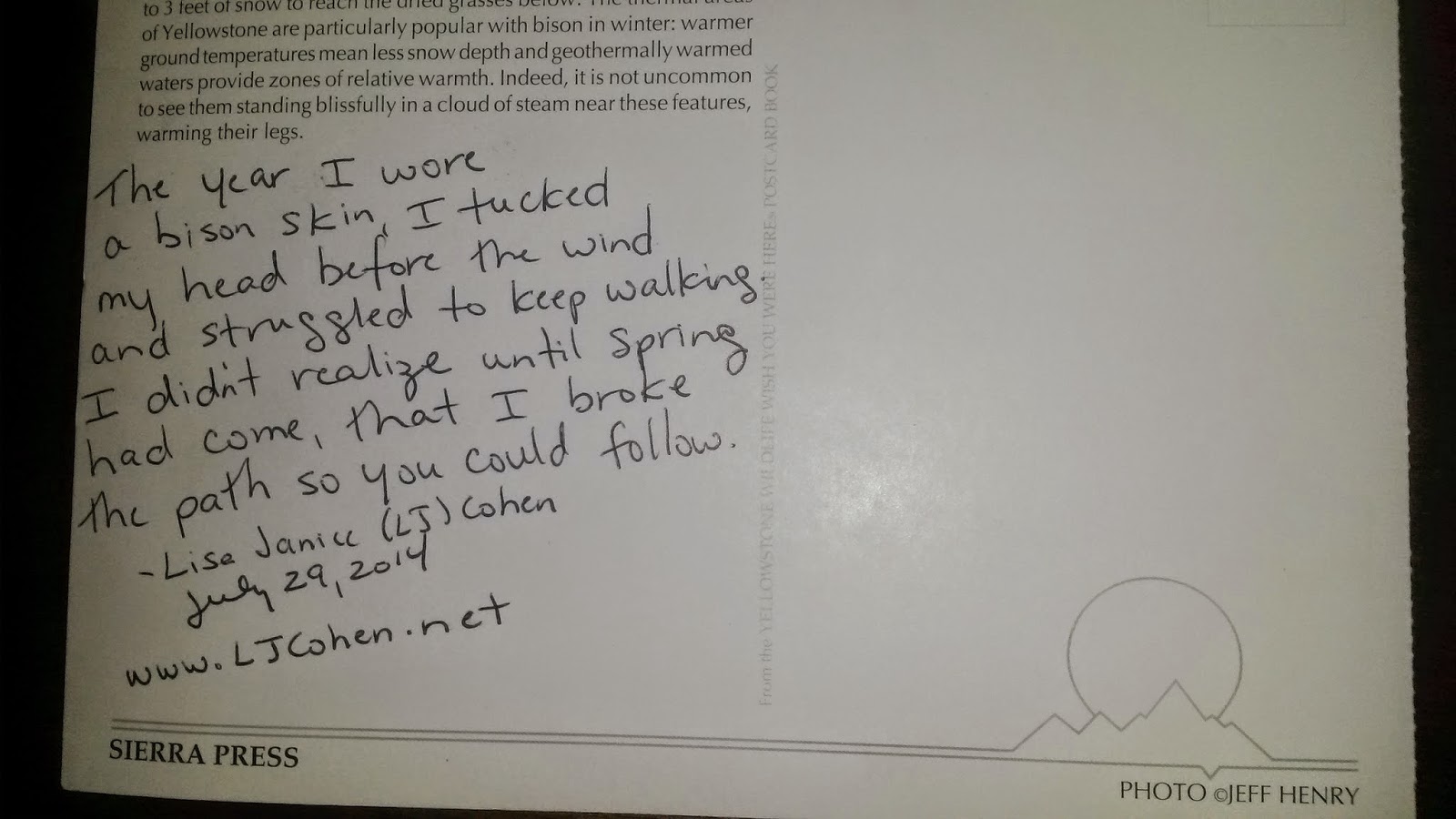 The year I wore a bison skin,
I tucked my head before the wind
and struggled to keep walking.
I didn't realize until Spring
had come, that I broke
the path so you could follow. 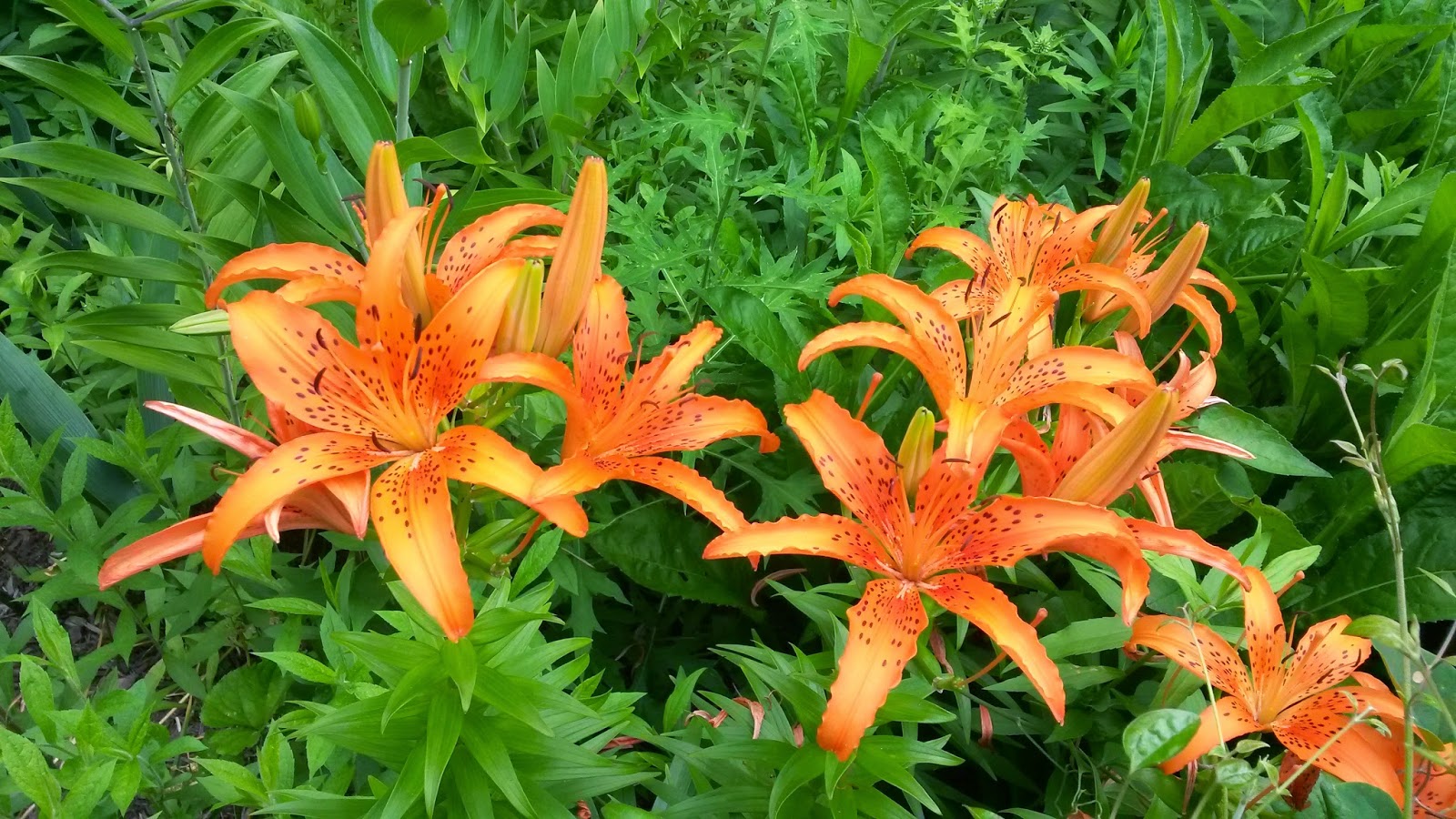 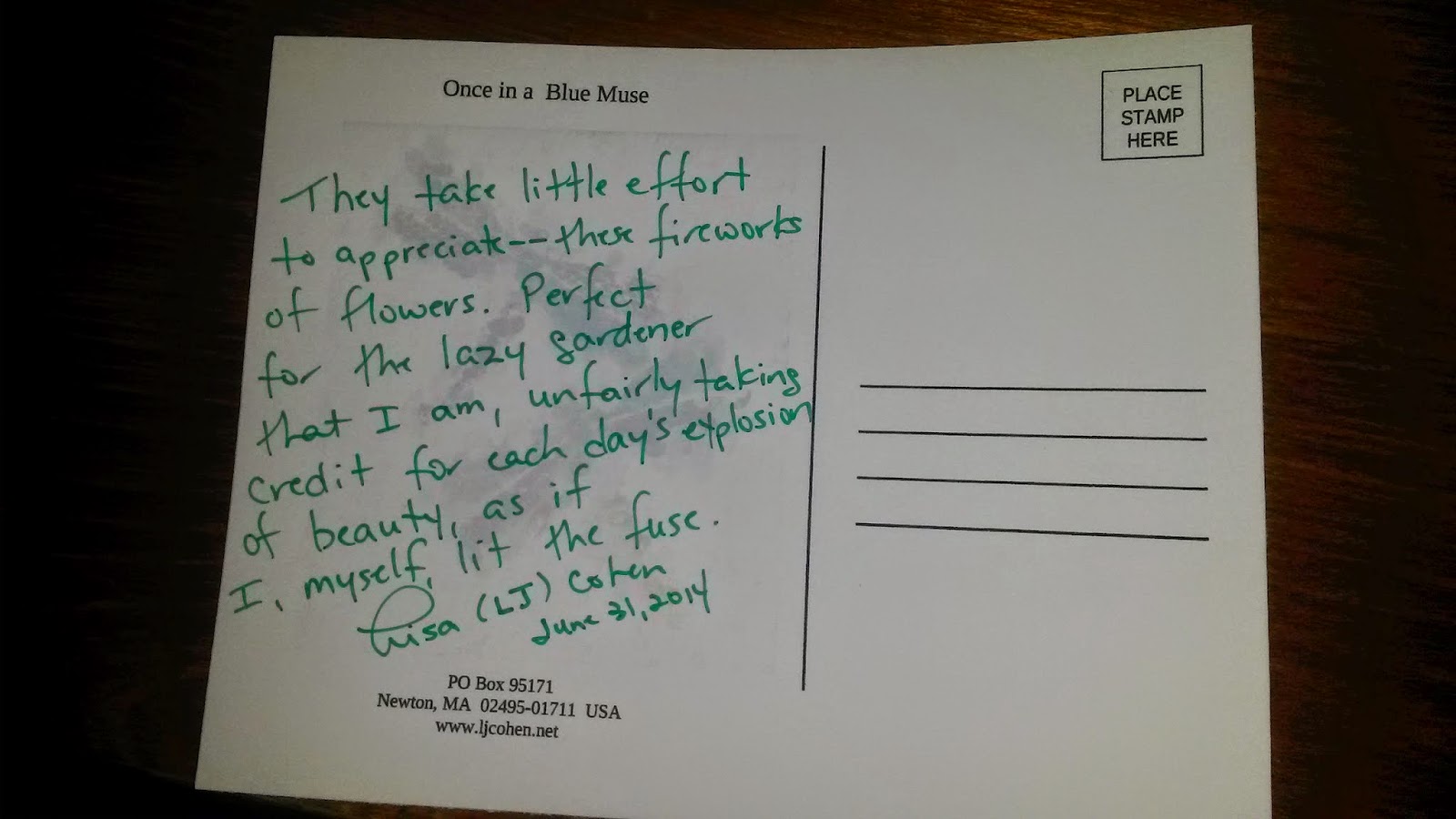 They take little effort to appreciate --
these fireworks of flowers. Perfect
for the lazy gardener that I am,
unfairly taking credit for each
day's explosion of beauty,
as if I, myself lit the fuse. 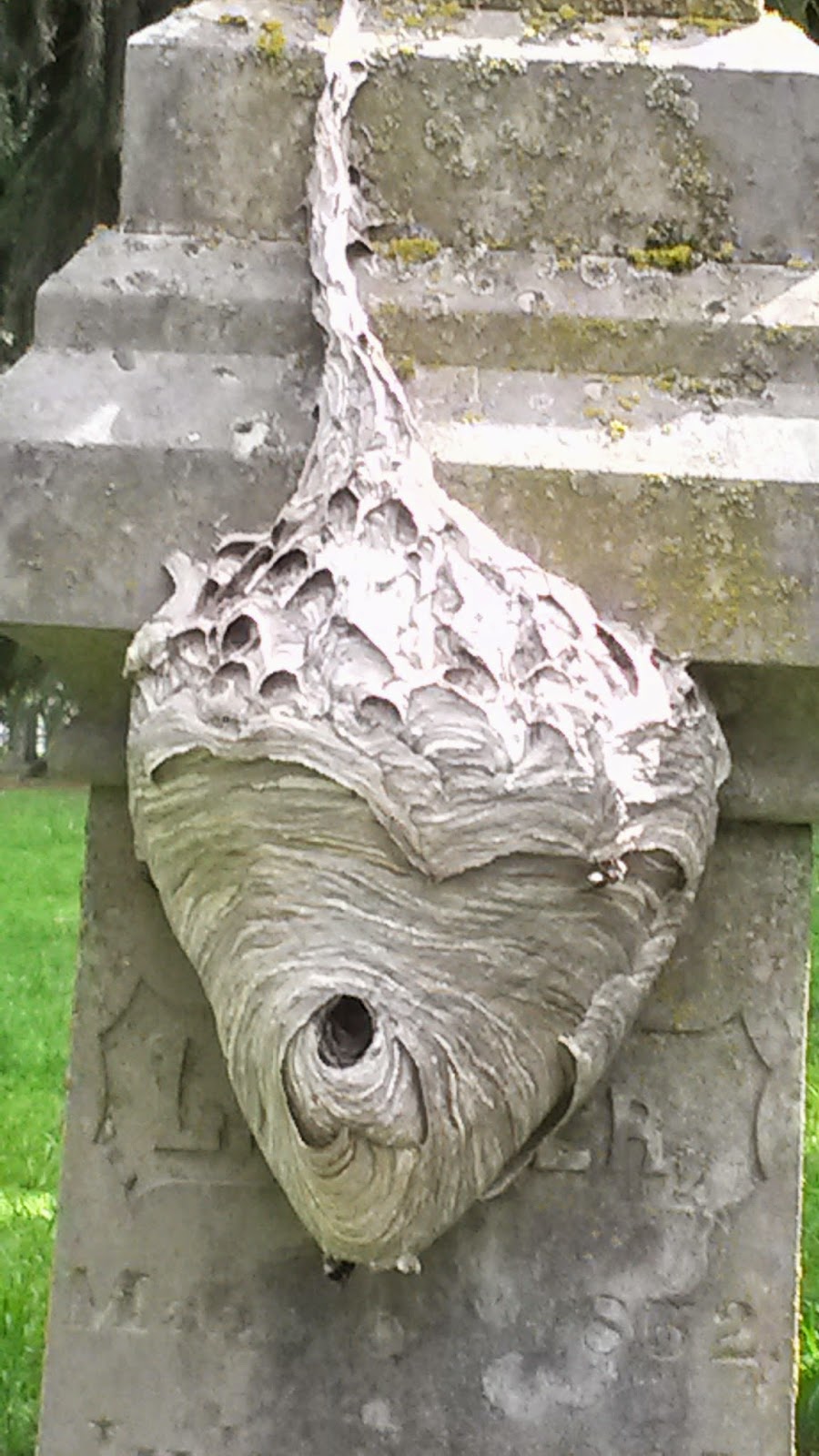 This photo was taken on our family holiday to the Eastern Shore of Maryland. We were out for a drive and stopped at an old cemetery. The wasps were very active and I was a little nervous getting close enough to snap this photo. 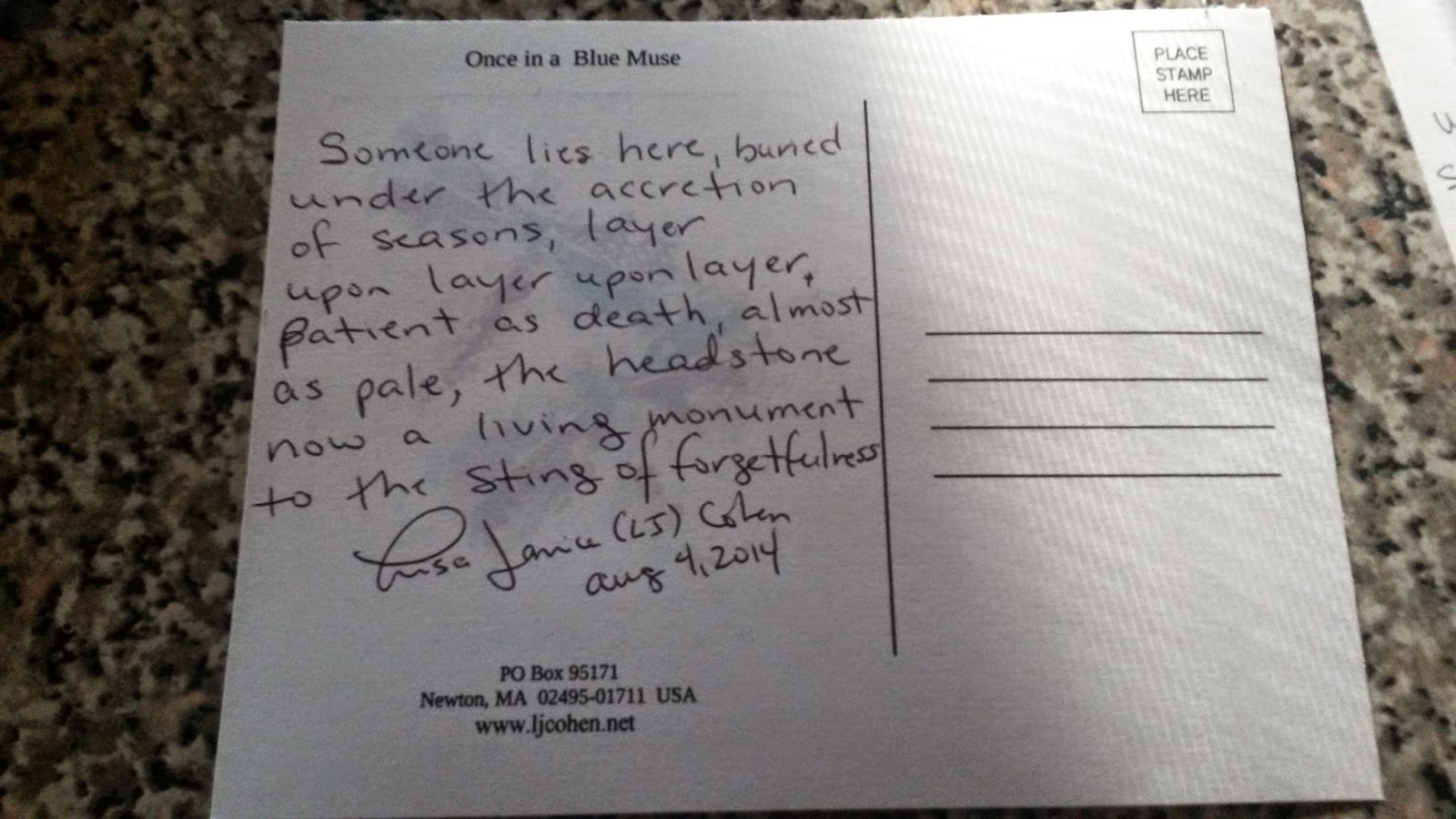 Someone lies here, buried
under the accretion
of seasons, layer upon
layer, upon layer, patient
as death, almost as pale,
the headstone now a living
monument to the sting
of forgetfulness. 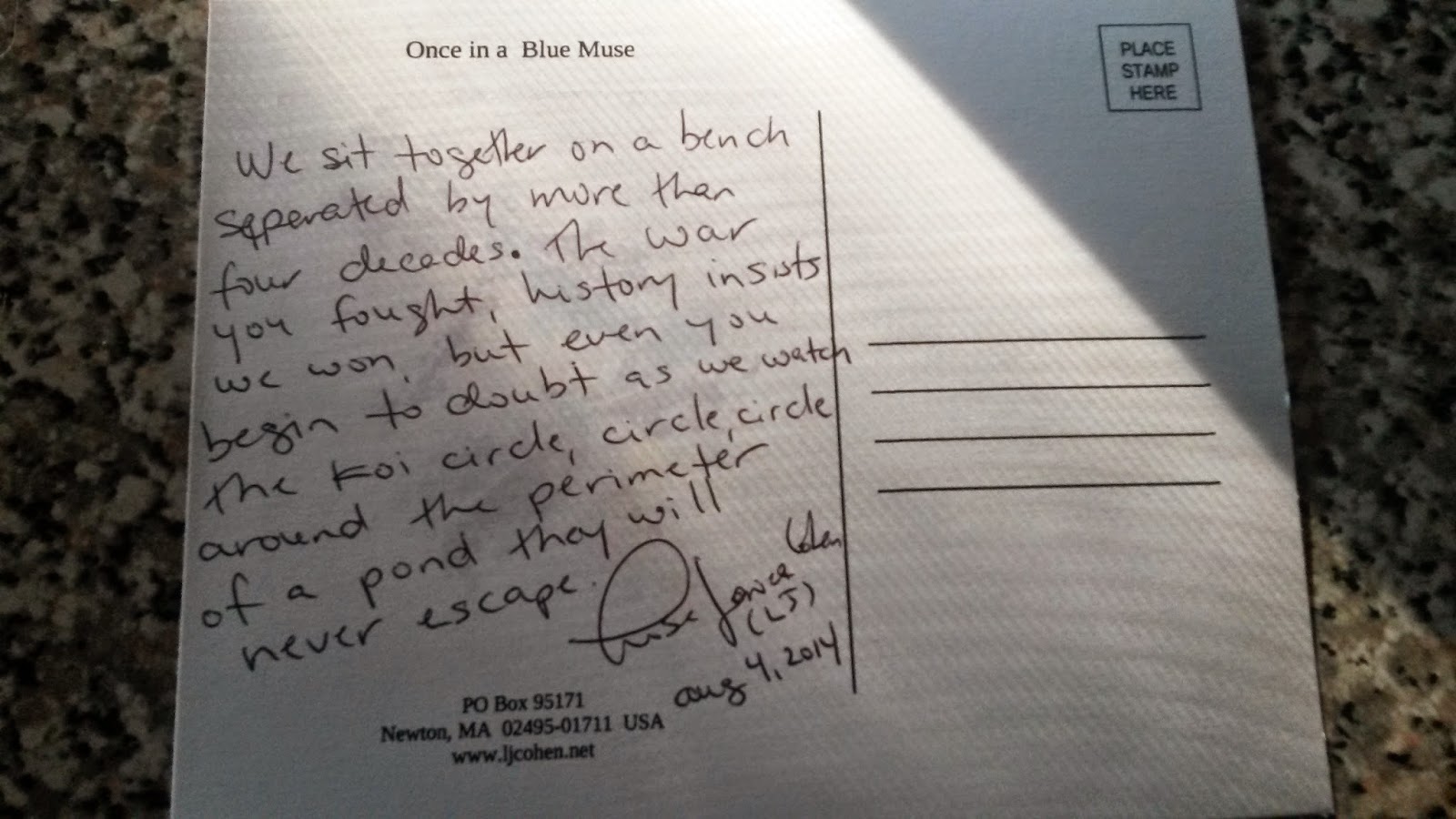 We sit together on a bench separated
by more than four decades. The war
you fought, history insists we won,
but even you begin to doubt
as we watch the koi circle, circle,
circle around the perimeter
of a pool they will never escape.