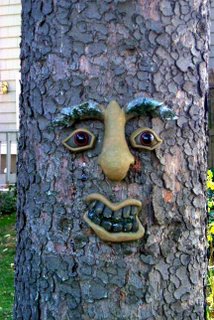 NEWTON -- When students at Underwood Elementary School walk to their classrooms on Monday, there will be no witches, SpongeBob SquarePants, or Johnny Damons there to greet them.

No skeleton paintings or Frankenstein tattoos, either.

The school's principal said yesterday he acceded to the complaints of a handful of parents who said that because the school's traditional Halloween celebrations offended their religious beliefs, they would not send their children to school if the revelry continued this year.

''Not everyone is going to agree with the decision, and I really understand that," said principal David Castelline, , who last year grew a beard and dressed up as Johnny Damon. ''But I felt the goal was really important to make it a respectful and open and welcoming place for all members of our community."

Castelline, who met yesterday with the Parent Teacher Organization to explain his decision, said three teachers told him they had children in their classes who were not going to come to school if the Halloween celebration was held. The celebration, which has been going on for at least 14 years, involves teachers dressing up and lining the hallways and children making Halloween-related arts and crafts.

--from the Boston Globe and the entire article can be found online here.

This is not my local elementary school and I have very mixed feelings about the principal's decision. While I do support creating an environment that is inclusive and respectful to all beliefs, this seems a little over the top.

Our elementary school doesn't have kids come to school in costumes, but I think it has more to do with distraction from the school day than anything else. In fact, the after school program has a huge Halloween party (after school hours) complete with haunted house run by the older kids in costume. It's a hightlight of the year for my now 4th grader. And if you've looked at the photos on my blog, you'll see my own love affair with Halloween.

Halloween is as much a 'religious' holiday in this country as St. Patrick's Day or Valentine's Day. Should we stop having kids hand out Valentine's cards? I remember hating that particular tradition as a kid. I was never one of the 'popular' kids, and dreaded the implied popularity contest the day became. Because it references a 'saint' and is nominally Christian, should I be offended? If I said I didn't want my children participating in another religion's ritual and threatened to keep them home, would school cancel the practice of making and sharing lovely friendship cards?

Have we lost our perspective completely?
Posted by Lisa Cohen at 5:52 PM